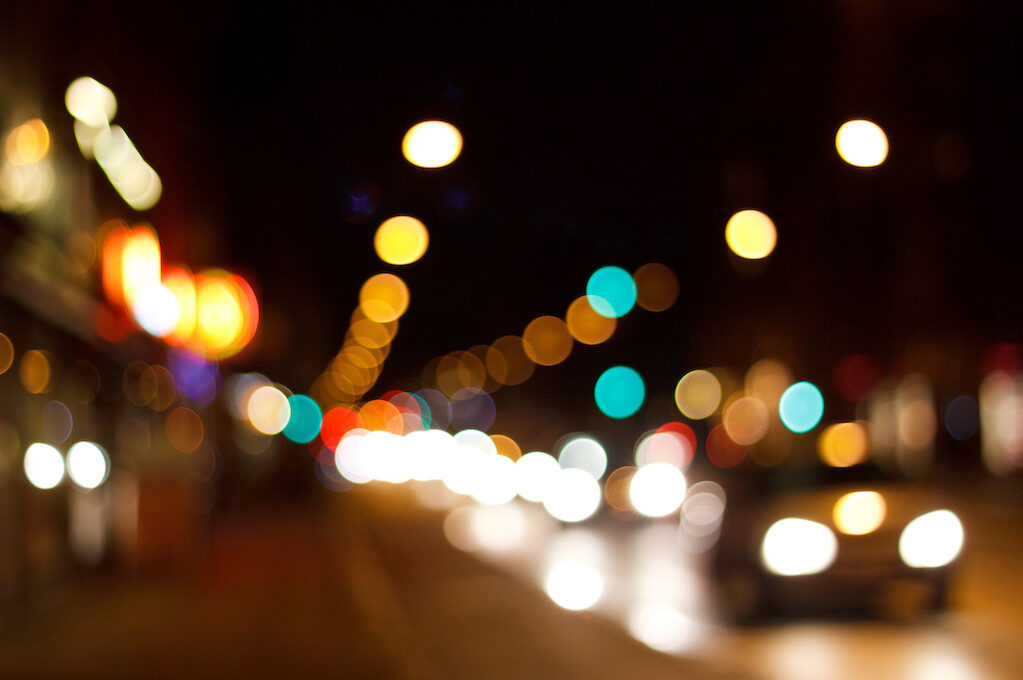 Georgia has four arms because Georgia is two people. Georgia is a force, is art, is hard not to love. She’s a big swing. She gets so much done. Georgia looks incredible through the lens of a camera, sounds bombastic on the pages of American letters. Georgia’s sweat is an essential oil. She won’t sell it, because she’s a saint, and saints give things away.

At the Venice Biennale, visitors follow Georgia as she performs tasks with aptitude and grace. Origami laundry, plumbing repair, postcard writing, straightening the paintings. The people love her. The critics crow, arguing over what, if anything, makes Georgia a work of art.

Georgia has four eyes because Georgia is two humans. You could say Georgia is both a person once named Gilda and a man once called George, but those two entities alone do not make Georgia. A third element exists, but only God knows what it is. They are not Georgia. She is Georgia. Georgia the Great. With her “secret ingredient,” as it was called in a scathing review by the paper of record.

At Art Basel, Georgia finds a giant opal telephone made by Damien Hurst, picks it up, and says, “God? Yes? I was wondering what the ingredient is?” Georgia listens closely, then holds the phone to her third shoulder like resting an axe, and reports to the audience: “He says the ingredient is evil!” Georgia begins to foam at the mouths.

At LACMA Georgia kisses visitors on both cheeks at the same time. The lipstick she’s wearing is electric blue paint. The queue for this show doesn’t exactly wrap around the block, but there’s still a buzz you could call a fervor. In the future, three people will die with her four blue lips still stamped on their cheeks.

On the eve of the Whitney’s demolition, Georgia meets a six-armed identity called Tomäs. The two engage in a complicated arm wrestle which elicits, at first, cheers, but then by hour two, wagers with 10k raises. Around dawn, Tomäs wins, and some of the patrons become a little more rich (some a little less). No one here is poor, except for (soon) Georgia, who falls almost completely off the cultural radar in the following season.

Years later, Georgia is bought by a collector for just north of 50k. Georgia lives in storage beside a Marshall and a Bourgeois for two years, withering and arguing until she is sold to an arts hotel on Santobel Island. This stains Georgia forever with the label of “Lobby Art”—a low, airless station. When guests enter, Georgia greets them drowsily, helps with bags, takes tips, throws the tips in the fountain, even the dollars (especially the dollars). The water turns green—a fortune. Or at least that’s what it sells for. This is how Georgia becomes the first work of art to make her own art. After a legal battle with the hotel, Georgia gets a clean million for the sale of the untitled fountain and retires to a mountain where she begins work on a manifesto that will incite a movement—call it a cult, whatever helps you sleep—fit to shake the earth to its core.

But one day, when the pipes freeze and Georgia must step outside to collect snow in a pot she’ll later warm on the stove and then pour into the toilet to make it flush, she is half-eaten by a bear. What remains is a scared, two-armed, two-legged, two-eyed, one-small-hearted person. She goes by no name now. She responds to Hey, and You, and Stop, and Please.

She’s my mother and lovely at parties.

We are going out tonight for New Year’s Eve, a ball we both know will be artless and beige. In the car—maybe while we’re parked at a red-light—I will ask her what the ingredient could be, and whether or not she still has some left, and does she see any of it in me?

Tyler Barton is a cofounder of Fear No Lit, home of the Submerging Writer Fellowship. He’s the author of THE QUIET PART LOUD (Split Lip Press 2019). This story is part of a manuscript of seventy interconnected microfictions, called TO WORK: A Verblist. Stories from this project are forthcoming in Wigleaf, The McNeese Review, On the Seawall, and elsewhere. Tyler’s longer stories have appeared in The Iowa Review, Kenyon Review, and Subtropics. Find his work at tsbarton.com or at @goftyler.