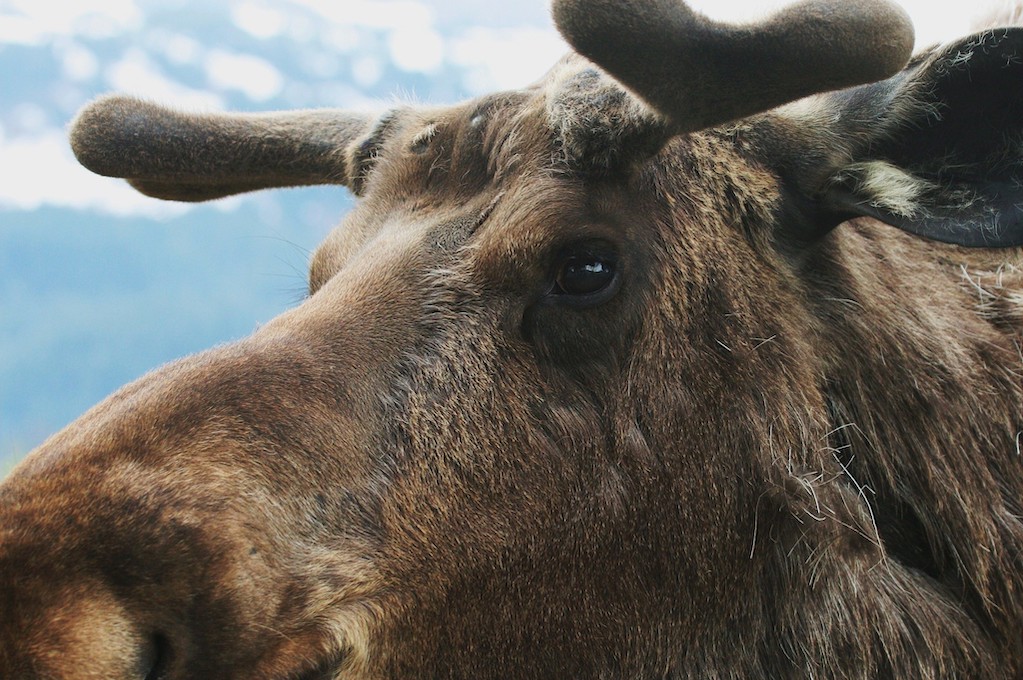 Damien Spittle was born on January 3rd, 1973, though he was always convinced the fateful event took place sometime during 1974 or 1975. You might think it strange that he knew neither the day nor the month of his birth, but this fact is unsurprising when you consider that his human parents discarded him in the evergreen glades thirty-seven minutes into the Colorado Rockies, where he was then adopted and raised by a loving moose family (a rarity for the species) until he taught himself how to walk.

As his surrogate cervid kin were for the most part satisfied eating grass, shrubs, and branches, Damien was what we might call “malnourished.” He was so frail, in fact, that when a human couple struck his moose father with their 1952 Chevrolet Impala during a May 1977 thunderstorm, they initially mistook the boy for a hairless cat. It wasn’t until Donna Spittle, the driver Gary’s wife, exited the vehicle that she realized Damien was a fellow member of her species. Shaken, Donna asked Gary what they should do with the child. Gary, who had always wanted children despite Donna’s sterility, suggested that they take him along with them.

So they scooped Damien off the ground, swaddled him in blankets they kept in the trunk, and snipped his scraggly black hair with a pair of scissors they’d stolen from a convenience store in Chattanooga. As the family’s car had been totaled in the accident, Gary and Donna hitched a ride with the driver of a passing 1960 Rambler Ambassador, a heavily-bearded, nine-fingered man who knew countless facts about ravens and falcons and called himself Hitchcock. Damien’s first memory would be of watching his bleeding, gurgling father disappear in the back window as the Ambassador skidded up the rest of the trail.

Over the next decade, Damien would learn to speak English (albeit with a noticeable lisp owing to an injury he sustained trying to swallow porcupine hide during his infancy), enjoy vegetarian dishes (he could never bring himself to eat meat, as animal flesh reminded him of his late father), and explore the beautiful world he never knew he inhabited, all from the stale warmth of his adoptive parents’ new (albeit badly abused) 1973 Buick Electra. He never attended school, but Donna and Gary were excellent mentors; they taught him how to add and subtract, how to spell the name they’d chosen for him, and sometimes filled him in on their nation’s vibrant history (Damien’s favorite national event was the War of 1812, which, by Gary’s account, actually began in 1815). They also taught Damien how to shoplift candy bars and bottled water when money ran low, which happened every few days.

They decided to rent an apartment in the outskirts of Milwaukee. While minuscule by anyone else’s standards, it was perfect for the humble family’s needs; Donna took up painting in the bathroom, Gary tutored college girls in the master bedroom, and Damien watched sitcoms in the living room. The place was also next to a quiet park where Damien could freely practice moose calls Donna and Gary had years ago steered him away from rehearsing.

Times were only idyllic for so much longer; when Damien was eighteen-to-twenty, Donna and Gary were struck and killed by a 1962 Ford Falcon on a backpacking trip to the Virginia Appalachians in what we might call a moment of divine irony. Damien would learn of their passing with great sorrow, but would have little time to mourn, as he had inherited a debt of six months’ rent and was still unemployed. He began a desperate job search, scouting minimarts and grocery stores and shopping mall boutiques for employment, but was denied any position on account of his “unorthodox appearance” (he was taller on his right leg by three inches, sported greasy hair that cupped his head like a World War II helmet, and suffered a chronic runny nose that made his upper lip glisten).

Unable to pay his dues, Damien was evicted from the apartment. He expected life on the streets to be disheartening, but he found solace in his newfound citywide wandering. Over the next few months, he would befriend dozens of vagrants (many of whom were as physically unorthodox as he), fall in love with God (he would begin to carry around a copper crucifix he found in a dumpster behind a Trader Joe’s), and find a source of unsteady income replicating moose grunts for busy passersby. A good friend named Bob Trundle, a rotund man with a wispy beard and a lack of teeth, would even teach Damien how to fish in the Milwaukee River and cook his catches (which was at first very troubling, though Damien realized he would have to renounce his expensive vegetarianism at some point). By the end of the year, Damien would build his own house (it was more of a hovel) along the river’s humps.

He would live there for fifty years. And over those fifty years he’d paddle upriver every day in his home-fashioned skiff, reel brown and rainbow trout out of the murky deep, pick out trash roiling against the water’s surface, and watch the sun’s reflection arc over the tide (he sometimes liked that ever-exploding star more than the people who lived under it).

He died in a boating accident at the age of seventy-three-to-seventy-five and was buried with his fishing rod and crucifix in a cemetery beside a museum with an exhibit on prehistoric moose. Maybe it was fate. (But it was more likely serendipity.)

Andrew Jason Jacono is a writer, mountaineer, and musician based in Manhattan. He has been telling stories ever since he could talk. His work has previously appeared or is forthcoming in Cleaver Magazine, Maudlin House, Thin Air Magazine, and Green Briar Review, among others. If you’d like to learn more about Andrew, you can visit his website: www.andrewjacono.com