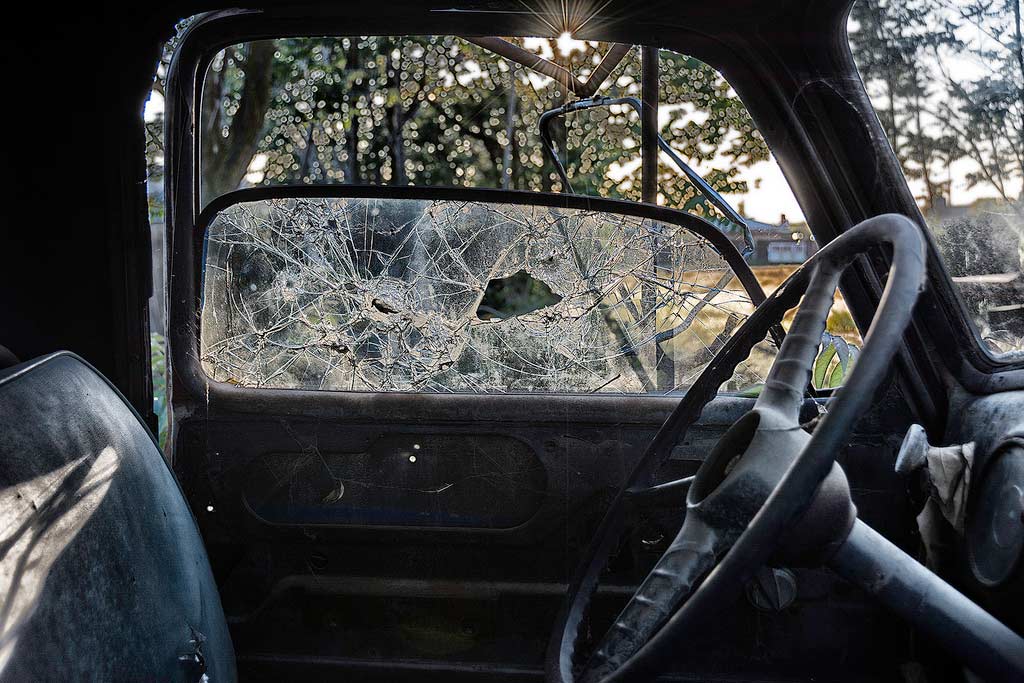 Stew’s father had always said disaster was inevitable and, staring at his pickup wrapped round a tree, Stew could see that he was right. Of course, it might have been more useful had he told him “Never let a chicken drive your pickup.” Then, it might not have wound up where it was.

The chicken looked at him through the cobweb-patterned windshield, bobbed its head quizzically, and clucked a query.

“Don’t ask me,” shrugged Stew. “I’ve got third-party, fire, and theft. It doesn’t cover acts of God; I don’t know about acts of chicken.”

He should never have let it drive, but what else could he do? Somebody had to ride shotgun and the chicken was just too tiny to hold the pump-action.

It was all the cow’s fault. Stew had seen it watching him. Plotting. Planning. He wasn’t sure what it had been scheming to do, but he had no intention of waiting to find out. Had he had the choice, he would’ve gone with the pig, but he knew better than to let it drive drunk and he was damned if he was going to allow it to tote a shotgun in that state.

“The question,” Stew told the chicken, “is what do we do now?” He looked at the pickup; it wasn’t going anywhere.

There was a low moo behind him and he turned around to see the cow a short distance away, slowly chewing the cud and eyeballing him.

Stew swore, softly. This wasn’t over yet…

DJ Tyrer has plenty of those issues that, while tedious in a brief bio such as this, are greedily devoured when they appear in ghostwritten celebrity biographies. He is the person behind Atlantean Publishing (which has been going for two decades), placed second in the 2015 Data Dump Award for Genre Poetry, and was short-listed for the 2015 Carillon ‘Let’s Be Absurd’ Fiction Competition, which was absurd. Find DJ online at http://djtyrer.blogspot.co.uk/

Lead image:  “Amongst the Trees” (via Flickr user akahawkeyefan)