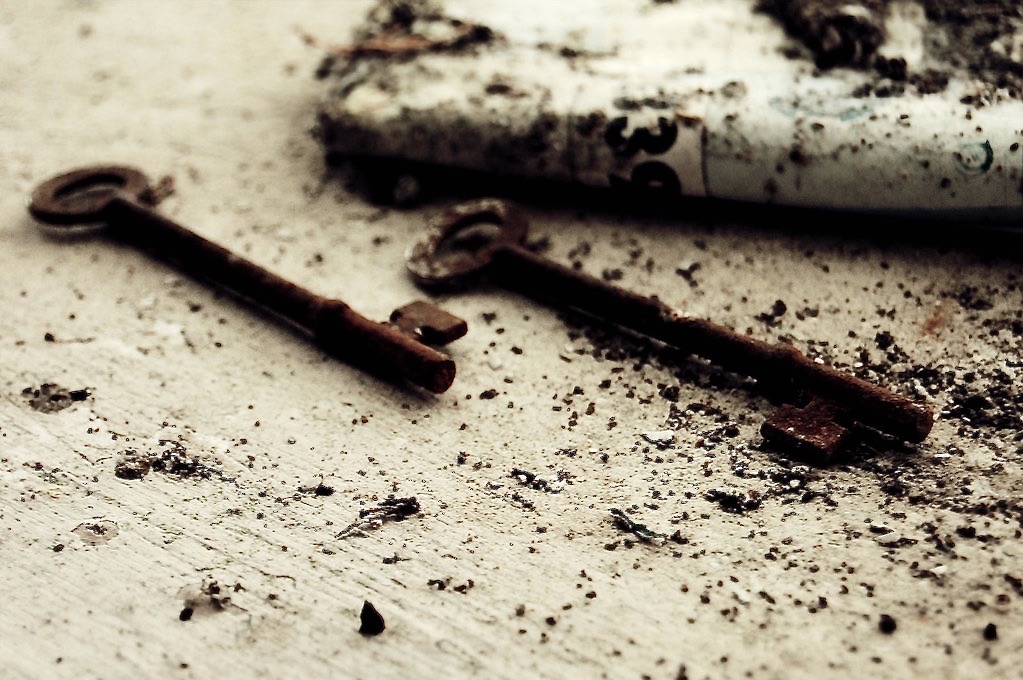 The nights you sleep best, you dream about being shot.

The dreams start like childhood summers; you’re waiting for something to happen. Those months when days melted together, watching the girls in shorts and the topless boys saunter past your front yard wall, wishing one of them would look at you.

Sometimes there’s a story, other times you just dream about a small black circle hurtling towards you, scattering the people and places of your old life, flinging them over the jagged mountains on the horizon. The black circle singes all the roots attached to your muddy feet and you’re floating in pure grey. You have this impossibly happy feeling of starting new. And it lingers around your head like midges when you wake; that’s what makes the sleep seem so good.

You hoped your friends would want to do more at the river, that summer you turned fourteen. More than sit gingerly on the sharp stones and stand knee deep in the cool grey water. When the sun slid down the sky and their silhouettes laughed in the near distance you took a handful of stones, lashed them into the shallows and screamed silently at the clouds. You remember a feeling of being all set to plunge, like teetering on the edge of a wishing well.

You all grew up with the boy from town who got shot in the middle of the road outside your house. Remember the blank stare he used to question people with, and the way he flapped his hands when he wanted to say something to the group. Always different when he was alone with you; the tenderness with which he let you crouch next to him during hide-and-seek in the woods, staring at you with his face squashed up against the bark, sunlight trapped in his brown eye making it seem like you could see deeper in.

And that day years later, at the river when you’d thrown the stones, he wasn’t with the others. He came to sit right behind you, pressed close to your back, his knees either side of your thighs. You watched him settle his legs around yours. He had worn-out black and white trainers and your ankles had scabs from when you’d tried shaving. Everyone else was up-river watching the fish leap to a new home. His lips touched the base of your neck. You didn’t realise your skin was cold; his kiss felt like a hot wax seal, like the ones you’d tried in school the week before. As he breathed against your hair his heartbeat felt stronger in your ribcage than your own, and you looked across the water to the mountains in the distance and swore you could see little figures walking along the top ledge. His hands slid over your stomach and rested there. Neither of you moved for minutes. When you got home, you found red ridges all over your thighs from where you’d pressed down into the ground the whole time. Eventually the marks faded.

He only spoke to you once, the weekend you both found the key. Black, rusted, the size of your little finger, lying on a mossy rock in the stream behind the supermarket. This was still in the years of hide-and-seek and he turned, tanned and breathless, to tell you the key would open a door one day, he couldn’t be sure which one. He pushed it into your palm. But it’s yours, I know it.

When the shot came, it had been years since you’d looked at each other. It was right outside your front door but you didn’t hear it. You were dancing in your bedroom to a song you’ve never listened to again, thinking about his brown eye, about keys and doors and floating in grey water.

Lucy Smith is a flash fiction, prose poem, and short story writer from North West England, currently based in Cardiff, Wales, where she has completed an MA in Creative Writing, two artist residencies, and co-written an audio story. She runs Talking Ink, a podcast showcasing flash fiction writers and poets, featuring music from local artists. Her fiction has been published by Palm-Sized Press and won awards from Legend Press and Lancaster University. Find out more on her website: lucysmithwriter.wordpress.com or follow her on Twitter: @lucysmithwriter

Lead image: “Lock the door behind you” *with edits* (via Flickr user ladyb)