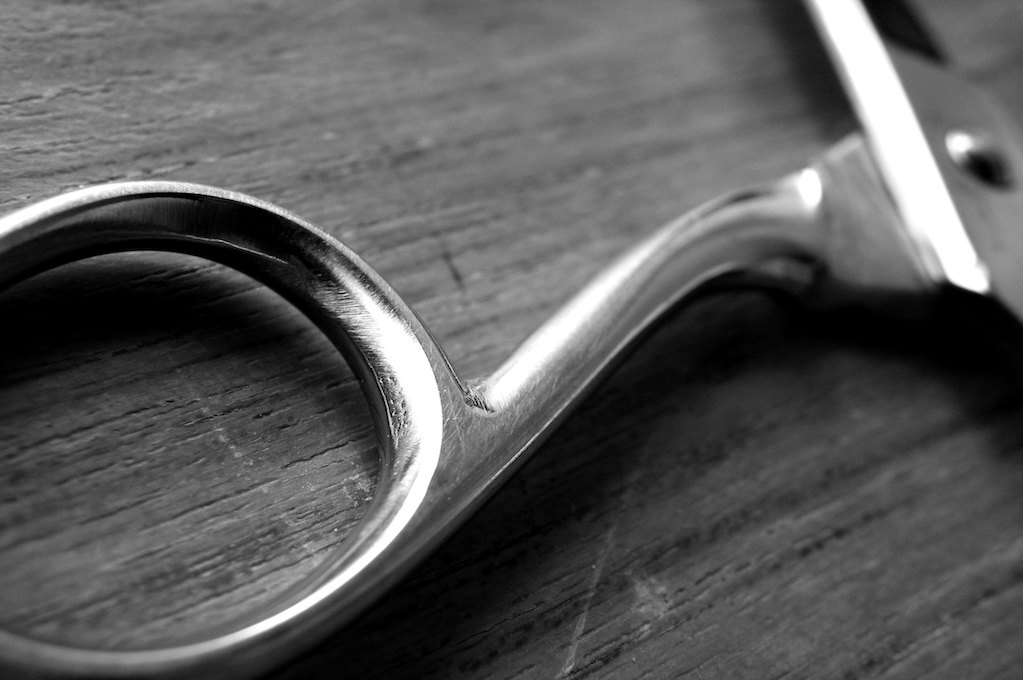 In the man’s story, all the women are paper dolls. The kind someone might get as a gift from a nostalgic aunt when what they really wanted was a crisp twenty.

The paper-doll women stand with their legs together and their arms bent at the elbows. They are thin from one side and thinner from the other, and their faces are set in a pleasant, close-mouthed expression that never changes. Their features are very, very flat. The man likes this about them.

The man has six currently, all with different hairstyles. A fine assortment, he thinks, though he is always looking to grow his collection.

Each woman comes with her own pack of paper clothing, and each item has tabs that allow the man to dress her up. It was easy enough to learn: Align the garments with the body, fold the tabs over to hold them in place, and voila.

Sometimes, he buys extra clothing packs for the women he likes most. Other times, he makes them share.

There are Elegant at the Office packs with belted pencil skirts and designer purses. Back to School packs with heavy-looking satchels and cheerleader poms. Picnic in the Park, Born in the USA, Mermaid Princess, Historic Miss.

The women are hourglass-shaped and so is their clothing. Underneath, each wears a white bra and briefs with drawn-on frills. These are not removable, are flush with the women’s skin. This the man doesn’t like.

To keep things interesting, he unfolds the tabs on their clothing and arranges them in creative positions, then slides one body over another, appreciating how they are same-sized and perfectly smooth, the whole matter frictionless. He is not always careful, and some of his women have creases to show for it.

As for the women, they loathe him, of course.

Mara, the one with the curly blonde hair and the dark sense of humor, can produce a sailor tattoo on her arm if she concentrates hard enough. She knows the man finds these unsightly, and the next day will just cut it out of her with embroidery scissors, replace it with a square of peach construction paper.

But it is worth it.

And he has done worse.

To Jeanine, who had straight black hair and a quick wit, who dared to stand with her legs a centimeter apart instead of held tight together.

It doesn’t take much to vanish a paper-doll woman. The flame of a lighter. The stream of a faucet. A working knowledge of origami and a hot glue gun.

But it doesn’t take much to destroy a man either, especially one so fixated on abundance. The more women he collects, the more paper-thin edges, each sharp enough to carve.

Doesn’t take much. Only takes time.

There is no pulp to the man, the women know. When they cut, he’ll be all nerve endings and supplication. And when he screams, they will smile, their expressions still not changing.

Kristina Ten is a Russian-American writer of short fiction and poetry, and a 2019 graduate of Clarion West Writers Workshop. Her work has appeared in Lightspeed, Cosmonauts Avenue, Witness, Pithead Chapel, and elsewhere. You can find her at kristinaten.com and on Twitter as @kristina_ten.