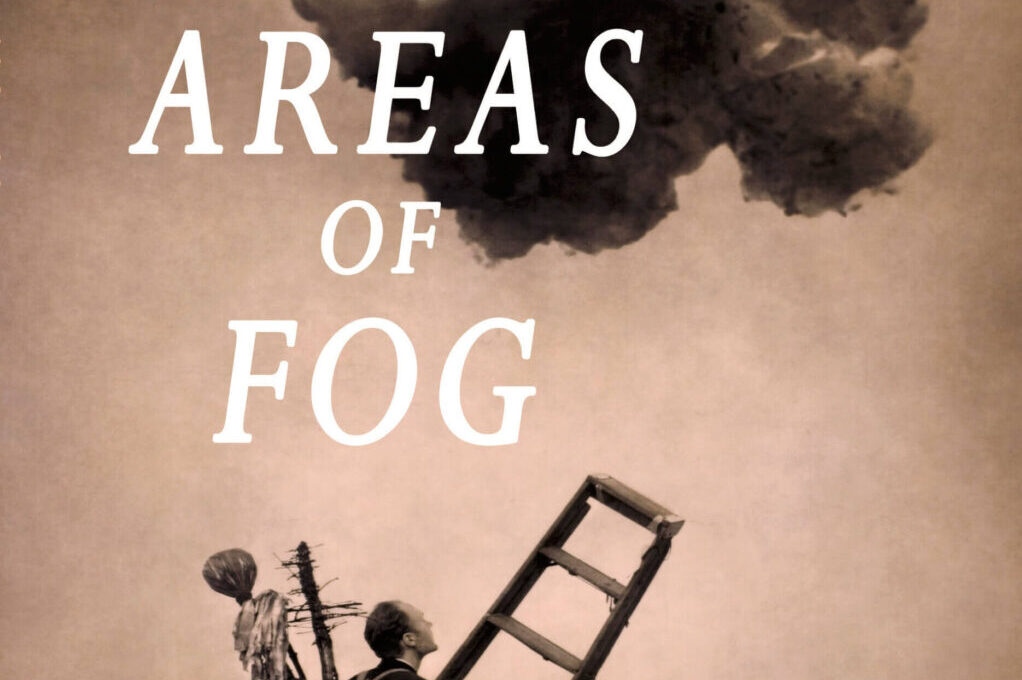 The weather—that topic of countless innocuous conversations between strangers, a constant companion in our daily lives, sometimes glorious, like the cool fresh breeze of an autumn day, sometimes oppressive (hazy, hot, and humid—the hat trick of summer discomfort), sometimes so powerful a storm’s name becomes short-hand for destruction (Katrina, Sandy, Harvey, etc.). Yet in the hands of Will Dowd, author of the new book Areas of Fog, the weather becomes a springboard for a charming mix of reflections, observations, and stories. Dowd’s project—keeping a weather journal for the length of one year—has produced an original, highly enjoyable book to be read in all sorts of weather. Buy two copies and give one to a friend.

Chuck Augello: In the book’s Overture, you mention that you were suffering from writer’s block, and then decided to keep a “weather journal” for the upcoming year. How did this idea come about?

Will Dowd: Every bout of writer’s block is different. This one manifested as an absence of subject—not creative energy. So I needed something nominal to write about. I chose the weather for two reasons: First, I recognized the genius in our annoying New England habit of talking incessantly about the weather, especially when we have nothing to talk about. It’s the perfect ice-breaker, the consummate conversation starter. Second, I wanted to set myself a literary challenge: could I make even the weather interesting to read about? Sometimes you have to throw your ego some raw meat.

CA: Areas of Fog has a strong New England perspective. How might this project differed had you lived in Florida or California?

WD: While I’ve spent time in both the Bay Area and southern Florida (and am quite confident I will someday die in one of these two locations), I would never attempt a weather journal anywhere but New England, where over the course of a year the weather runs its heavy fingers across every piano key in a meteorological glissando. Florida is like the land of the Lotus-eaters (sultry and soporific), while San Francisco’s climate is catlike (coolly indifferent and always slinking out of reach). Only New England offers the seasonal extremities to match the full range of human emotion.

CA: Why did you choose Areas of Fog as the title?

WD: When I chose the title for the journal, I had no idea what the entries would look like. Areas of Fog seemed like an appropriately nebulous label. It could contain anything. And unfortunately, A Song of Fire and Ice was already taken.

CA: Several literary figures, among them Kafka, Nabokov, Woolf, and Chandler, appear in the book. The anecdotes, particularly the Kafka one, are often charming. Was it your intent to include such anecdotes or were their discovery “happy accidents” that complemented what you’d already written?

WD: These entries were purely improvisational; I never knew when I began who might enter by a side door. “Happy accidents” is a nice phrase, and that’s how I experienced the strange confluences and thematic braiding that appeared on the page. But I suspect my subconscious knew what it was up to. That, or some other pattern-making intelligence, must have been nudging my pen. Perhaps it was the literary figures themselves, using me like a human Ouija board.

CA: For many, the weather is the primary way they experience the natural world. How do you think the weather influences our emotions and actions?

WD: There are plenty of stoics who can remain chipper in Antarctica, and plenty of delicate souls for whom Daylight Savings Time induces an existential crisis. I’m somewhere in the middle—sensitive to the weather’s fickle disposition, yet open to finding beauty in its sulks and tantrums. As Twain observed, is there anything more magnificent than a winter tree encased in ice and lit up by a setting sun? In the right mood, a morose rainstorm can be good company. We project as much onto the weather as it projects onto us.

CA: In the Acknowledgements, you state that many of the essays appeared in The Drunken Odyssey, a website and podcast about the writing life. Were these pieces written specifically to be read aloud?

WD: These journal entries appeared as blog posts for The Drunken Odyssey website, but there is certainly an aural quality to them. Many were dictated into my phone. One entry in particular, “Carry On,” was recorded because I was laid up with back pain that week. No wonder the essay touches on Winston Churchill’s wartime radio addresses.

In the near future, I hope to do an audio version of Areas of Fog for Perkins Talking Book Library. I’m curious how the book will fare when read aloud.

CA: If you came across someone in a bookstore holding a copy of Areas of Fog, what might you say to entice them to read it?

WD: That depends entirely on the person. To a weather-beaten Bostonian wearing a frayed Red Sox cap, I’d make an appeal to regional pride. To a grad student in horn-rimmed glasses, I’d point out that the book is seeded with literary codes and cyphers. To anyone over the age of sixty-five, I might casually mention that the penultimate entry contains the secret to immortality. How’s that for targeted marketing?

CA: Are you still keeping a weather journal? What are you working on currently?

WD: Oh no, I’ve fully retired as a literary weatherman (with no pension to speak of). Right now I’m promoting this weather book and toying with several new and equally quixotic projects.

CA: Are there any writers or books that you feel deserve more attention? Who do you wish were more widely read?

WD: If I ever make or inherit a fortune, I plan to scoop up the rights to A. M. Burrage’s haunting oeuvre and put him back in print where he belongs. He was a master of the ghost story—one of my favorite literary genres.

Also, James Weldon Keyes’s The Autobiography of an Ex-Colored Man had a profound impact on me when I encountered it by chance as a fifteen-year-old. I hope more teenagers (and adults) are exposed to this novel.

CA: This is a comment more than a question, but I really loved this book. It’s comic, intelligent, and wonderfully human—I very much enjoyed spending time with it, and I plan to buy several copies and give them out as gifts. What kind of response have you received about it so far?

WD: As a New Englander, I never really learned how to process praise, so the unexpected response to the book (yours included) has rendered me nearly mute—not a good state for a writer.

But thank you, and thank you to every single reader. This book was written by the alone for the alone. It’s not topical or in any way hip. It’s a strange letter in a strange bottle. Read it if you’re feeling lonely.

CA: Finally, there is no shortage of ways to spend one’s time. Why do you choose to write?

WD: Because I can’t dance. Or sing. Or throw a perfect spiral. And because I want to make sense of the world. To discover the inner workings of chance and fate. Have you ever heard of aeromancy? It’s a method of divination using wind currents and cloud formations and meteors streaking through the atmosphere. I didn’t spend a year studying the weather to find out what tomorrow will bring. I already know what tomorrow will bring: more weather. I did it to see what webs might be strung between the contents of the world and the contents of my mind, to see whether these webs could stand up to the strong winds of scrutiny, and to see what winged treasures they might catch.

Chuck Augello (Contributing Editor) lives in New Jersey with his wife, dog, two cats, and several cows that refuse to cease. His work has appeared in One Story, Juked, Hobart, Smokelong Quarterly, and other fine places. He publishes The Daily Vonnegut and contributes interviews to The Review Review. He’s currently at work on a novel.