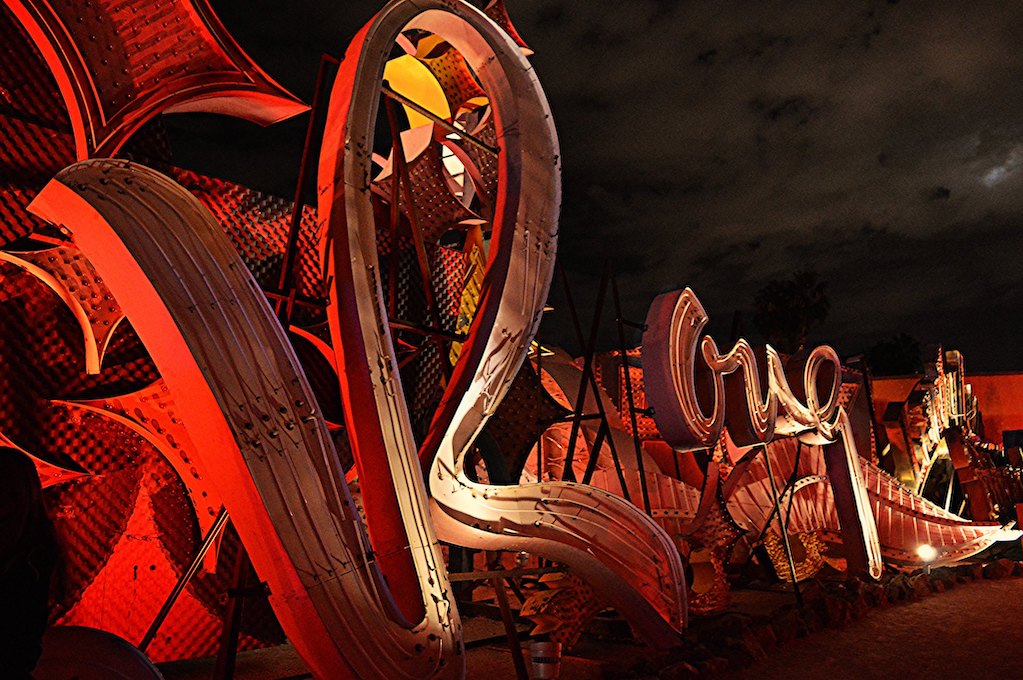 There was a man, who children in one-room classrooms still learn about out west, who would go from town to town stealing all the old tubes of neon from cafes, pharmacies, and liquor store signs, then load them into his potato sack and move on. And the townspeople would storm from out of the backs of their stores, where they’d been sleeping or working on a greasy broken pipe, or something else that had suffered rust from neglect, and they’d see the old man’s hair and his sack and they’d think, “There goes that Casey Jones, Johnny Appleseed, Davy Crockett of the neon alpenglow…”

It had been said that the old man had never made it to Las Vegas or even Reno. It’s thought if he had made it there a little bit of his brains would drip out of his nose into his beard. No, he was strange enough. People claimed he lived off of only the fresh milk from cows, goats, and sheep that he’d collect in passing, without permission, on his way out of town. That’s how he made it so well through the centuries.

But there was also an ending to the story that children never hear about. The man was actually on his way to dump all of the collected tubes into a gorge he’d been searching for all his life. And as legend has it, one day he got tired and dumped what he’d collected into a part of the Colorado that ran towards a waterfall. And as he fell back into the red sand, dead, all the lights came back on in the water’s rolling current, and the river turned into a fluorescent milk that filled the gorge slowly. And today it shows up again, reflected down from the stars we sometimes see through the smog.

Austin Sanchez-Moran received his MFA in Poetry from George Mason University. His poems and short fiction have been published or are forthcoming in RHINO Poetry, Denver Quarterly, and Salamander Magazine, among many others. He also had a poem chosen for the anthology, Best New Poets of the Midwest (2017).