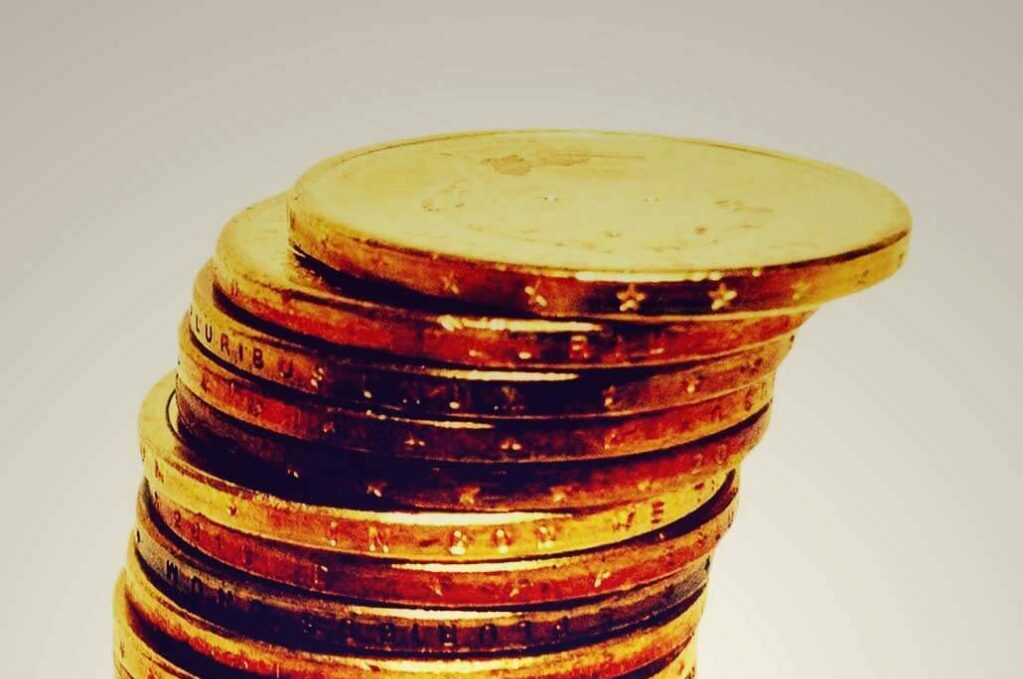 The chin-whiskered guard never made it past 2 a.m. After nodding to sleep three or four times in his chair, he shuffled out the back door and shambled home and snuffled into bed around 1:30 a.m. each night, cats on all four corners of his twin bed, his covers to his chin-whiskers. Min knew because she had followed him — many times. And tonight, at 1:45 a.m. — after the guard had nodded and shuffled and shambled and snuffled — Min picked the lock on the back door and slid into the shadows of the museum, her bag of clanking tools on her hip. They left tender bruises there.

The dark swarmed her eyes and Min stood blinking into the gloom until a figure swam out of the pitch and she jumped back and almost overturned a kiosk packed with brochures about hiking, kayaking, and dead musician tours. Her breath rushed back to her lungs when she realized that the figure was just a mannequin, forever panning gold by a painted blue stream next to a stuffed beaver, its furred face frozen in permanent death shock.

She chided herself, silently. She had cased the joint enough. She knew the model log cabin was on the second floor and you could pan for fool’s gold in a bucket on the first and she knew, oh she knew, where that one display case was. The one she needed. The one packed with shining bars of gold.

She could see it glinting now as her eyes adjusted and she could see, in the eyes of her memory, the gold of his hair in the dark. Riding the ferry back from the island where they drank cold cheap champagne out of a paper bag and sat on flat rocks and watched the sun sizzle down into the sea.

It’s only a year, he said, and reached out to thread his fingers through hers. His hand felt stiff-jointed already. A year frozen in amber and then we can be together. And I’ll be famous then, he said so. I’ll play shows around the world and you’ll come with me and we’ll be happy. He nuzzled her ear and his nose was cold.

The plastic boy in the glass box down by the boardwalk had made a lot of promises. Give me gold, he said, and I will make your dreams come true. Give me gold and take my place and in a year’s time, you will be richer than gold — more immortal. Min’s boy had listened. Stolen his mother’s rings and bracelets and necklaces and melted them down to make coins.

Min put her head on her boy’s shoulder and breathed in. She always thought he smelled like your luggage does when you get back from traveling to Europe or somewhere far — like foreign soaps and sightseeing memories. Distant. But how can we trust him? How do we know he won’t leave you there? Escape with the gold and leave?

He sighed and kissed her and his lips were cold and stiff, too. I just know.

Now, in the darkness of the museum, Min’s fingers flexed and grabbed as she approached the glowing case. They flexed and grabbed as she reached into her bag to take out the hammer. Her mother didn’t have rings and bracelets of gold. The only gold she knew of was this stack here — this shimmering pyramid of tawny blocks. She had stared at it on school trips back in the old days, holding hands in a kid chain as they wove through the dusty exhibits, monuments to that rush toward destiny, that desperate rush, that rush toward gold. She raised her hammer and wondered how loud the shatter would be. If anyone would hear.

The boardwalk was deserted at 3 a.m., back in her memory — save for a few souls sulking under, sucking and snorting and sighing. The boy in the glass box stood silent and still in his clear coffin, and the coins shook in Min’s boy’s hand as he approached.

Her boy said nothing, though, jangling the coins into the slot one after another until the glass box boy trembled and blinked and yawned. And then… Min’s boy was gone and the boy in the box was blonder than he had been before and something whooshed and a paper fell from a slot next to where the coins went in. Min picked it up. 365 days, it read, and then all our dreams come true.

It had been double that many days and Min’s boy had not returned. And the boy in the glass box was still blonder than he had been before. The original glass box boy had lied. And so — damn the noise — Min swung the hammer and shattered the glass and grabbed as many gold blocks as she could before she could change her mind. In her frenzy, she didn’t notice the little card falling to the floor, the little card reading “Replicas,” a word that separates chin-whiskered guards from real ones.

The bricks bashed her in the back as she ran home to melt them into coins on her little lonely stove in the little lonely kitchen where her boy used to sit and stare out the window wondering when the world would start.

Down on the boardwalk, Min pressed her fingers against the glass box, pressed her lips to the clear cold. She looked in at her boy, frozen in amber with his plasticine smile, and rattled the coins out of her pocket into the slot and waited. The glass box boy trembled and blinked and yawned. Min’s hand flew to her mouth. The box opened and the boy walked out, all frozen limbs and frozen smile. He reached out and handed her a scrap of paper, cocked his head to the side. His eyes rolled back in his head and then forward again.

The paper read: Fool’s gold buys you a fool. Then the sad puppet boy took her hand and grinned a terrible grin.

Brenna Ehrlich is co-writer of the blog STUFF HIPSTERS HATE (which The New Yorker called “depressingly astute”) and co-author of a humor/sociology book by the same name (published by Ulysses Press in 2010). Her day job is Editor-in-Chief of Music for The Talkhouse. Her other writing credits include a weekly column on Internet etiquette for CNN and articles for Mashable, Broadly, Heeb Magazine, Brooklyn Magazine, Rolling Stone, and NYLON. She released her YA novel, PLACID GIRL, via her own small press, All Ages Press, in 2015, to much coverage and acclaim from Teen Vogue, Paste, and The Huffington Post.

1 thought on “Boy In Glass Box by Brenna Ehrlich”