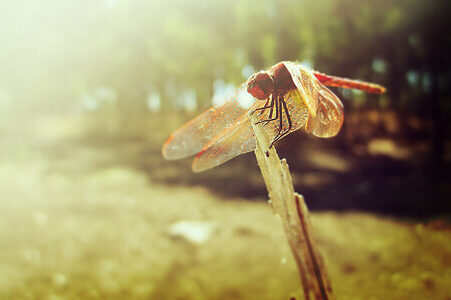 In those days the earth hadn’t settled into the orbit that we’re accustomed to now. The sun was in a slightly different place, which often caused problems in the earth’s orbit. These wobbles from the typical rotation would cause widespread panic and famine as whole swaths of the world would be on the dark side of the sun for months, crops and animals died, and if that wasn’t enough, the cold and the dark made people ferociously unhappy, and so they’d take up smoking or drinking, or with a stranger to try and cope with the crushing hopelessness of it all.

Meanwhile, the people who lived on the other side of the planet were bathed in perpetual light. And though they often started out feeling happy to be getting so much sun, and were tan, and worked long hours while still coming home and playing with their children, eventually the loss of precious sleep started to tear at them like a rend in a silk garment. First they’d forget to pick their coat up from the dry cleaner, or they’d give the wrong denomination of gold at the general store. Eventually, the fact that the children never slept before ten PM would start to make them irritable, and they’d snap at them or at their spouses whom they had once thought they loved. In some of the longer stints they’d start forgetting more essential things like the names of their mothers and fathers or household pets. And they’d walk around the neighborhood asking other people if they remembered the dog’s name. There was once, during the longest stretch on record, nine months in the sunlight, when a soothsayer convinced everyone to walk around on all fours and pretend they were cats.

It was around this time, as I was sunning myself in a bay window, slipping between sleep and consciousness, that it occurred to me we could not go on like this forever, drinking water from the fronds of ferns and licking ourselves to keep clean when we all had perfectly functional baths, some even claw-footed or marble with nozzles and attachments to reach parts that otherwise remained out of reach. People were kinder then, as old people are fond of saying—more ready to accept that the project of human existence was a corporate rather than an individual effort. This is not to convey that we sat around holding hands and singing spirituals, but I suppose it’s true that the conditions, such as they were then, forced a sort of communality that you don’t see now.

And so, after I’d lifted myself from the sill, from the stupor of a month chasing and chattering at flies, batting at balls and scratching furniture, I helped to guide the effort to change the way of the world we knew. Through a series of letters and men riding on horseback or sky writing in bi-planes, we started all the able-bodied men and women to making a thick rope, a rope that we could tie together with knots, a rope so large that it would stretch around the world, so that we’d be able to hold the earth in place when we felt it starting to shift—an act which would require the assistance of everyone in the world to pull desperately against the weight, to bear it, for a moment, in the tendons of their forearms, in the muscles in their back.

And I suppose this is a rather roundabout way of telling you how I met your grandmother. We were gathered together on a day when the earth was about to leave orbit. The orbit’s change was according to calculations made by scientists, who were then much the same as scientists now—mere guessers. Your grandmother was pulling on the rope next to me. Her stringy arms, blue-veined from effort, and her hair, the color of wheat at sunset, was tucked behind her ears. I didn’t fall in love at first sight because no one ever has, but I knew for damn sure that I wanted to talk to her. After we finished pulling the earth back into its natural orbit, sweat coating our shirts, stinging our eyes, I asked her out for a drink.

The road from the rope to the local tavern was dusty and reminiscent of a snake. On the way, she told me a story from when she was a child, hunting butterflies with her grandmother in the field behind her house. She remembered, or so she said, catching them in green nets and then holding them between their palms before releasing them back among the field of heather and cone flower and gorse.

The wind was slow that day but thick. We felt it passing along our necks as we walked by the dusty trickle of a river. And your grandmother said that it didn’t taint the memory at all to know that she hadn’t been catching butterflies. Rather, it gave the memory a kind of color, something deep and pinkish, which she came to associate with love. She said, stopping for a moment, and catching my gaze, that she could see it around me when I was tugging alongside her—a pink aura hung round my narrow shoulders, a promise of things to come.

Of course I fell in love with her then. I wasn’t a fool, just young.

Andrew Bertaina currently lives and works in Washington, DC. His work has appeared in more than twenty publications including: The Threepenny Review, Hobart, Fiction Southeast, Literary Orphans, Sierra Nevada Review, Eclectica, Prick of the Spindle, Bayou Magazine, and Catamaran Literary Reader. He is currently a reader and book reviewer for Fiction Southeast.