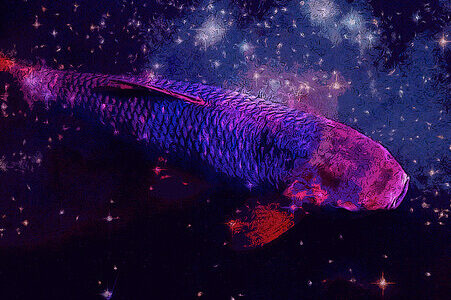 You asked: how fast does a body decay?

What you meant was: how long can I hold on?

You said your heart didn’t hurt like it did at first.

What you really meant was that it always hurts.

You said hunger and thirst didn’t feel the same as they used to.

I knew exactly what you meant because of that day we spent at the zoo and the orangutan that looked at his food and then at the ground like one was no different from the other.

You said you couldn’t remember what she smelled like but that it was something like a red-orange sun.

I had already thrown away the half-finished bottle of perfume because it was starting to turn into a black hole.

You said you couldn’t handle it, so I tried to do it for you, but you didn’t know how to let me.

You said: I just need to be alone please leave me alone.

What you meant was: you aren’t her. You should be her. It should have been you.

I couldn’t blame you for that, and so I said: well I’m sorry you’re stuck with me ok?

What I meant was exactly that.

Fish Out of Water

Olin would have liked to meet the first fish to step out of the swamp—wet gills slurping at bone dry oxygen—body fighting to prove its evolution.

Weightless fingers pried the aluminum latches at the neck of his suit.

“I am Prometheus,” said Olin with everything left in his lungs, “taking fire to space,” as his skin crackled and insides pushed slowly out toward infinity.

Evan Anderson is a writer, marketer, and designer with degrees in biology and chemistry. He has work published or forthcoming in Gone Lawn and Cleaver Magazine, as well as others. Evan lives and writes in a bowl of a city, surrounded by swamps and brimming with stories and music.