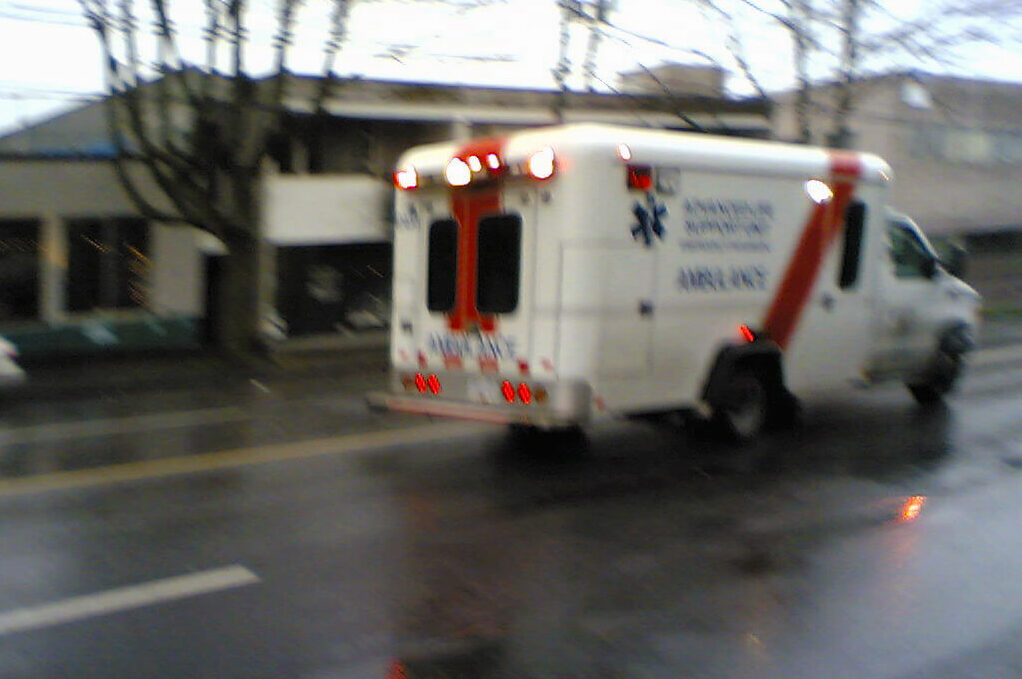 They spent a lot of time walking. They were old, like their marriage and the bones that kept it. Pat didn’t wear his hat anymore; the sun bore down on his shiny pink skull and he let it bear right down.

“I’m tired, Pat. Can we turn back? Heat’s blazing out here.”

They wandered about with little direction, joints swollen from effort. She used to think he walked to keep the blood warm, and more or less it worked, but lately it was as if he’d lost something important. He looked around, as far as his neck would allow, at the sky in the distance and at the air, right before his eyes.

Maybe he was losing his marbles. The sun had finally cooked his brain through inside that mottled pot. What was there to see out here today more than yesterday? There were the usual red tiles glinting to the horizon and beyond them the grey smudge of the city. Every so often a hooligan would thunder past in a silly car, exhaust whirling in the dust. The trees stood stooped as Pat and Joy were, haggard in the heat and oh-so-drab to the sight.

Pat led the way as always, shuffling. He had to hold his pants up with his hands because a belt irritated an ulcer on his left hip. She noticed the back of his shirt was stained and nearly worn through at the shoulder blades. She realised too, frustrated and sad, he’d lost control of his bladder again, for an acrid stench trailed him like a plume.

They got to a service station on a corner somewhere and stopped.

He looked around, holding his pants. He looked around like he’d done yesterday and the day before that. She watched him look about for nothing. It wasn’t his eyes that panged her, but his mouth. It hung open and slack at the corners. Inside it, his dry old tongue kicked like a fish gasping for water.

She looped her arm through his. He jumped in fright and his pants fell down. She struggled to haul them back up, got them to his shins then let go because her chest felt like it was filling with rain. He stood on the footpath in a daze with his pants around his ankles while she bent forward to have another run at it.

The day burned on.

The pumps at the service station whirred and ants carried insect legs down into the cracks of the pavement. A car hurled by with its horn blaring. In its wake, music from another world beat at their ears in mockery.

“Hold steady, Pat,” but he couldn’t hold steady. He’d lost his balance and was falling like an old tree in a forest full of old trees. He hit the ground with a minute thud, heartbreaking for how little it moved the earth. Her ankle got caught in the space between his fallen-down pants. And his crotch. And she couldn’t free it. She lay there with her leg trapped beneath him, the skin on her calf grazed to pulp on the burning concrete. Pat groaned. There was no way of knowing at that moment what was to come. That tomorrow he’d have surgery on his spine which in turn would lead to edema that would never quite heal, its bulbous form infected with a bug that would break from the tender tissue there and enter his blood causing the doctors alarm, but also expected by them, this complication. That no one would come to the hospital to say goodbye. That a priest would pop his head in on his daily rounds, a stranger with a white collar. And that Joy would watch. Afflicted too, but not with a bug. With something else that kills you slowly instead. While you wait alone at night, lost and stricken in a bed somewhere. Trying to remember what it used to feel like when you were younger with him, who went before you, but not by much.

So they waited for the man at the service station to come and help. Call an ambulance. Bring them water and rags to shade them from the heat. This last dark phase of their lives having just begun.

Dominic Christopher is a lawyer and writer from Sydney.