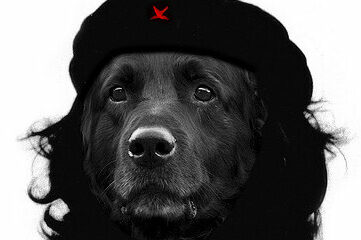 When it was Kathy’s turn to answer what animal she’d most like to be, she blushed and said, “Oh, I don’t know.”

“But that’s not fair,” the other guests said, “We told you ours.”

“Sure I do,” said Kathy. “Dogs are active and loyal and—”

Everyone laughed when Mrs. Cackashinko said this. Kathy sipped her wine.

When she was finished, she put the crystal glass back on the stone coaster and said, “I think I’ll be going now.”

Everyone said, “No, stay,” but Mrs. Cackashinko said, “The coat room is that way.”

Kathy found the bedroom instead and before she left, nibbled just a bit on the old woman’s slipper.

Megan Fahey is a first-year MFA student at West Virginia University and a recent graduate from the MA in writing at Coastal Carolina University. In addition to having some short plays produced, her fiction has been published in Foliate Oak, The Ampersand, and Allegory.

5 thoughts on “Nibbling by Megan Fahey”