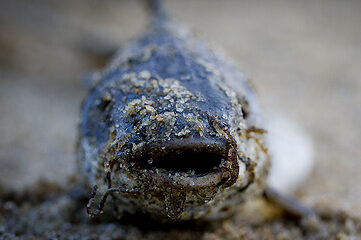 January 1. Earthquake, Magnitude 6.9, Argentina; Earthquake Magnitude 5.2 Southern Xinjiang, China. I just get warm. A blizzard outside. New Year’s day food—collard greens for money, chittlins and black-eyed peas for luck. I’m lucky already. A manfriend was the first to cross my door step. The year will be lucky. The earth is shaking. Maybe it’s still partying from the night before. Maybe. It drank too much champagne. Thin, tin earth shifts, sways her hips to some dirty blues. Night and day / Night and day / You know the night time, Darling / Night and day / Oh is the right time / Night and day / to be with the one you love, now.

January 2. Earthquake, 7.1 Magnitude, Chile; More Than 1,000 Dead Birds Fall From Sky In Arkansas; Dead Fish Cover 20 Mile Section Of Arkansas River. It’s time for the party to be over now. Time to go, Mr. Albert, time to go. Besides, if you don’t go home, you’ll end up puking in the ring of fire and making the volcano gods angry. Oh, no, that’s not right. You’re a Southern boy. I’m a Southern girl. We would never let any polite company see us drunk in public. We’d walk as straight as possible to the back of the house. Down to the river. Where no one can see us. Puke to the symphony of cicadas and bull frogs. Sometimes we kill the fish.

January 3. Flooding, Rockhampton, Australia; Uganda Yellow Fever Outbreak Kills More Than 40; Earthquake Near Japan Triggers Tsunami Warning; Powerful Earthquake Hits Southeast Iran; Earthquake 7.0 Magnitude Hits Northern Argentina; Hundreds Of Dead Blackbirds Found In Louisiana; 10,000s Of Birds Found Dead In Manitoba; Thousands Of Birds Fall From The Sky In South America; Major Flood In Rockhampton, Australia. Jesus, it’s a busy day. Are you doing your laundry? I’m doing my laundry. I’m cleaning my house. Three days of beer bottles. Cigarette ashes. Reefer paper. Roaches. White dust on the mirror. We tried to drink and smoke it away, you know. We tried to act like it wasn’t happening. Armageddon time, but we don’t believe it. Everyone says so. We better eat, drink and be merry. We better party like it’s 1999. In case we make it past the earth’s distinctly bad mood. The downer Mother Nature is on. I better clean the house.

January 4: 100 Tons Of Dead Fish, Coastal Brazil; Dead Birds Found In Kentucky; 100 Tons Of Dead Fish Wash Up On Brazil’s Shores. January 5: Hundreds Of Dead Birds Found In East Texas; Dead Birds In Sweden, Millions Of Dead Fish In Maryland, Brazil And New Zealand; Shift Of Earth’s Magnetic North Pole Affects Tampa Airport. January 6. 40,000 Crabs Found Dead On England Beaches; Heavy Floods Leave At Least 35 Dead In Brazil. Nobody told me about a mass suicide party. Did Jim Jones send out invitations? David Koresh back in town? The crabs must have volunteered for the main course. Threw another party. Got the punch ready. I’m looking backwards. The birds flew backwards. The fish drank an aged oil cocktail and swam backwards. Everything that was ever right for me is behind me. I better swim backwards. Then fly away home. Maybe I’ll get a DUI.

January 12. Earthquake 4.5 Magnitude In California; Huge Waves Destroy Homes In E. Indonesia. January 30: Nothing happened. Thank god it’s over. It was a bad dream. God was on her period. Had menstrual cramps. But She’s over it now. And February’s the shortest month. Spring will break here in Georgia on Valentine’s Day. I can start planning the garden. I can start planning to murder the weeds. I can spread Weed-N-Feed to season the ground water. I’ll drink it later.

February 4: Thousands Of Dead Fish Have Washed Up At Sebastian Inlet State Park Florida; Thousands Of Marine Animals Found Dead In Mato Grosso Do Sul/Amazon Region. I thought we were over this. I apologized for my discretions. I should not have puked in the water. Every night in January. But the earth keeps shaking. Heaving. Vomiting. Must be bad gin.

February 14: Magnitude 6.3 Earthquake South Island Of New Zealand; Magnitude 6.3 Earthquake South Island Of New Zealand. Definitely bad gin. Maybe next month the earth will decide to get off this bender. Her driver is tired of sitting in the car. In front of the neighborhood bar. Waiting for her to stagger back. Puke in the bucket behind the seat. Sober up with some Starbucks. And off to the next bar. So is she heartbroken or what? Did her man leave her for a younger woman? Or some other such cliché? I mean, I understand, girl. Heartbreak makes you strike out at everyone, everything. But just chill out. Tomorrow’s another day. Soon it’s another month.

Melissa Kemp is an English Lecturer in Charlotte, NC, and an MFA graduate of Queens University of Charlotte. She is originally from Roanoke, VA; she earned a BA at Hollins University and an MA in English from VA Tech. She has published poems in online, print, glossy magazines, and scholarly journals. Some notable titles are The Journal of Women and Language, California Poetry Quarterly, We Used To Be Wives (anthology), and Art & Understanding Magazine. Last year, Cease, Cows published her prose poem, “How to Starve.”