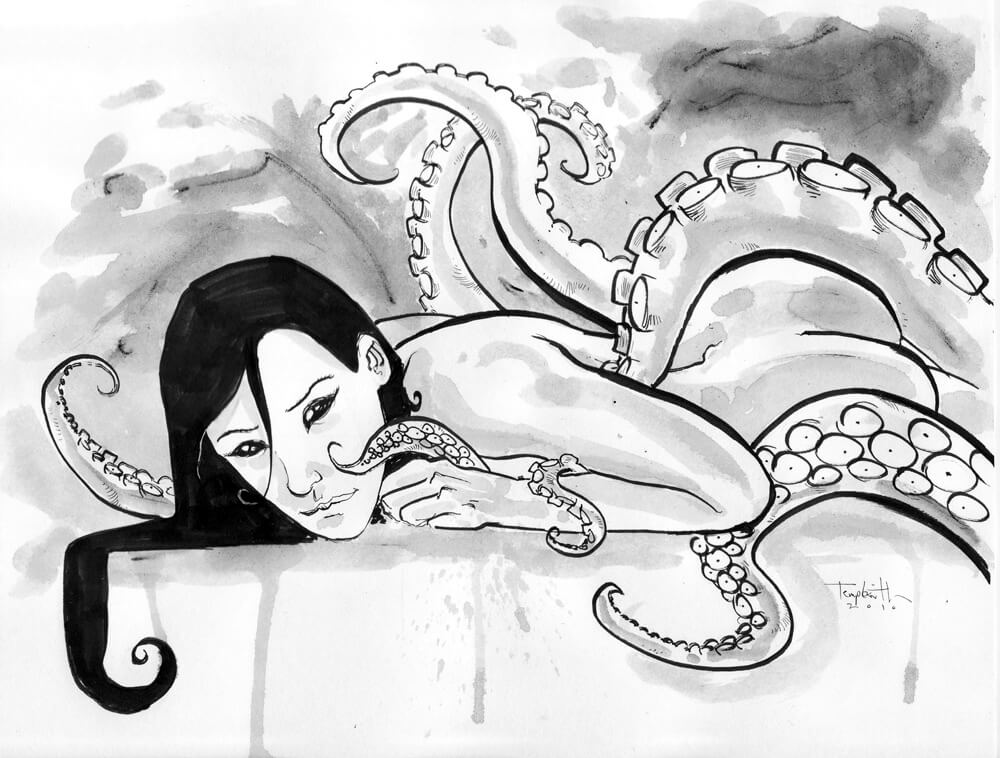 Someone belongs to someone, or not, depending on time, landscapes, events. She is sewing in the white lake and several have belonged to her, and her squid friend waves torches to light her work through the white night crust.

Onshore, the skinny males out lassoing swans, stray meats, and things, tying them to stakes in the ground. There are televisions that blaze from the small cliff side cafes and they may bring themselves to you.

A memory of nobility hangs across the scene, frayed, a micro cumulus, because we are on the opposite edge of the landscape, it is noon, it is sweltering, the scrimshaw at the scraped edge between the stratosphere and magnetosphere grumbles awake to coax us towards our rendezvous and shuttles.

I am riding it and filling her up with sunfish, echo birds melting her hips where my idiot cannot be though made discernible the tiny equestrian of her back, the pink studs of her nails, the green band of her hair, nowhere is her name inside the sea, bleaching itself inside and out.

James Grinwis is the author of The City From Nome and Exhibit of Forking Paths, which was selected for the National Poetry Series and published by Coffee House in ’11. He co-edits bateau press and lives in Northampton, MA.