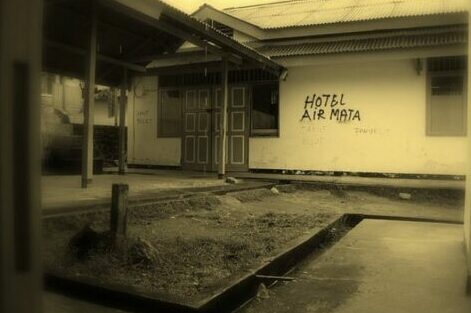 It’s an instructive experience being murdered in cold blood. I wouldn’t go so far as to recommend it as the necessary finish of an education. I’m aware people entertain prejudices against it and I can certainly understand why. How it compares with other ways of dying I don’t know, as I’m not conscious of having died any other way. And I don’t frankly give much credence to the two other victims who claim memory of past lives. Apart from anything else, if they were so many wealthy, famous, powerful and influential people in the past, how did they end up, this last time, a career waitress and CPA, respectively?

I don’t know why the woman’s form gave off such a powerful smell of the spearmint gum she’d been chewing at the moment of fatal impact. (They tell me I reek of sour milk, ice cream, and pop but I hadn’t noticed and I think it’s diminishing.) The smell came more heavily off her breath as she informed me that if she were still Ikhenaton, God-like, all-powerful-yet-with-democratizing-tendencies Pharaoh of all Egypt, I’d pay for so slighting a remark with my life. Which of course was my point, she wasn’t an all-powerful Pharaoh and the odds were long against her ever having been, or even a Grand Vizier if you want my two cents. Besides, though my astral body didn’t show any wound, we’d all been to the morgue together to visit our last remains, and with a sucking hole that size in the chest you can pretty much laugh off any threat of being further killed.

She claimed the Egyptians invented chewing gum. The CPA, who’d been a succession of Brahmins at one time, said they stole it from India, though the original had psychedelic properties. Well something certainly did because he also claimed the first cellphone was devised 50,000 years ago by an Aryan warlord, himself as it happened, with a vast estate of conquered land in the fertile Indus basin.

The only residual effect of the stitched line of semi-automatic fire across my chest is a terrific itch, which comes and goes but can drive you crazy if you reach up to scratch and your hand passes clear through.

We’ve all been to talk to the two who remain in coma, both of whom are hesitant between coming out and returning. I’m of two minds—and isn’t that an interesting expression?—about the one who could recover with no more than near-total motor paralysis; but I only echo group consensus when I say the case of the man who lost eight-tenths of the contents of his skull is a no-brainer.

The two who might still live seem the least inclined of any of us to accept the killer’s apology. Since training the gun on herself she’s unable, as we are, to talk to the three being treated for non-life-threatening injuries. “I don’t understand how it could happen. I mean I know I did it, that’s obvious but what I don’t understand is who the me was that did it.” This is persuasive if for no other reason than that none of us seem able at this juncture to remember back even as much as ten minutes before the fatal shooting. I know the waitress was a waitress because her spook still wears the uniform as a shroud. I might have thought the CPA was a lawyer or a CEO except for a mention of him in one of the papers. We aren’t mentioned nearly as much as the killer, whose whole history is gone into exhaustively. I’ve recommended she make a study if she really wants to know who did this. Not that it’s easy reading over somebody’s shoulder who won’t even turn the page to where a story finishes. Plus print begins to blur on me. Does anybody know how a ghost gets fitted with specs?

I was able to pick enough up to discover the main reason, according to the papers, for the alarming rise in this type of crime: girl gangs and the increasing number of women playing violent video games. Alarming rise? This is the first crime of its kind ever carried out by a woman, at least as far as anybody’s been able to discover, poring through archives. I suppose when you think about it, from zero to one is an alarming rise.

Personally? I’m prepared to forget all about it and get on with my death. Some of the others think it’s terribly undignified to die by the hand of a stranger, in a random and senseless act of violence. I say to them: would you prefer if you’d been killed for a perfectly sensible reason by somebody who’d known you intimately for years? I bet when I was alive I was just like the people I see plowing along the streets now, moving slow and hesitant, eyes darting in fright everywhere at once, or at an unusually brisk walk, eyes pointed narrowly ahead. Sometimes they walk  through me as if I weren’t there. Sometimes I walk through them as if they weren’t there—so which one of us isn’t? Their body language alone is enough to tell you they’ve long given up expecting any new thing out of life. I bet it’ll be a long time before I run out of new discoveries now, and anyway who knows how long this condition will la

Martin Heavisides has written a novel Undermind (published Sept 2009 by Crossing Chaos Press) and the following full length plays: I Foresee Trouble; Empty Bowl (published at The Linnet’s Wings, staged live reading by The Living Theatre); Firewatcher’s Wages; Beggar’s Banquet; Closed System; Live, from Athens; Dream Dream Dream. He has also written a screenplay, With a Bullet, and a number of one act and ten minute plays including Last Request/One More Time!, Cigarette Break, A Really Big Shoe, An Insider’s View, Worth It, Outpost, Can You Imagine The Embarrasment? and inch foot. He is currently at work on a second novel Labyrinth.